The Valdobbiadene Superiore di Cartizze is produced in a small area of 107 hectares (between the fractions of Saccol, San Pietro di Barbozza, Santo Stefano), well known for its uniqueness. It is considered  the best Prosecco and the most exclusive.
It’s also very rare, given the small area of origin.

The name Cartizze comes from “gardiz” or “gardizze”, local expression to indicate the metal sheets used to let the grapes wilt. Later the grape is harvested, when it shows the first signals of drying. This gives the wine a combination of unusual intense flaovour.

77vintidó can offer to the lucky few connoisseurs, a limited quantity of bottles of real Valdobbiadene Superiore di Cartizze, produced exclusively inside this area, from the hills of Follo (Santo Stefano di Valdobbiadene).

The Superiore di Cartizze is usually realized in the Dry edition but in some cases also in Brut edition. A very limited edition (label 7722) is produced with the traditional classic method: amazing, to be tasted! 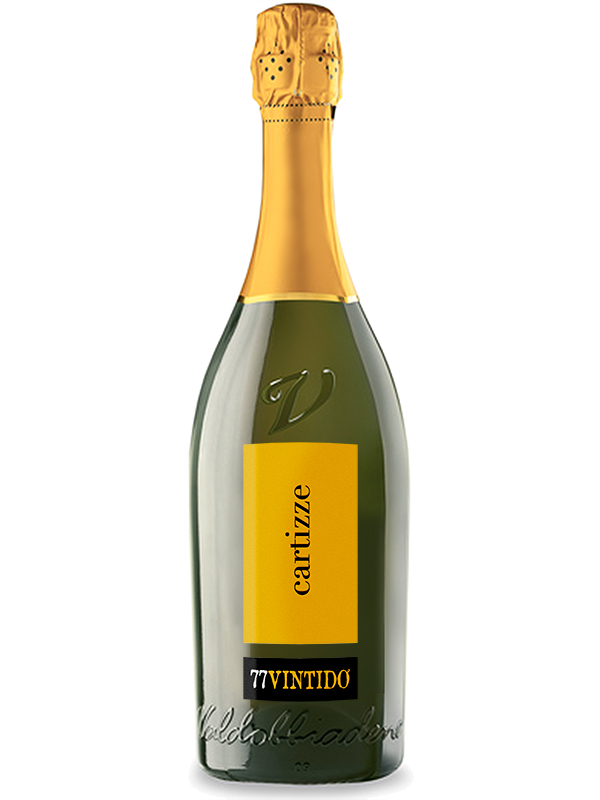 If you are interested in Valdobbiadene Superiore di Cartizze, write to 77vintidò or call us on the phone number +39 335 8324933!
We are at your disposal!

This website uses cookies to improve your experience while you navigate through the website. Out of these cookies, the cookies that are categorized as necessary are stored on your browser as they are essential for the working of basic functionalities of the website. We also use third-party cookies that help us analyze and understand how you use this website. These cookies will be stored in your browser only with your consent. You also have the option to opt-out of these cookies. But opting out of some of these cookies may have an effect on your browsing experience.
Necessary Always Enabled
Necessary cookies are absolutely essential for the website to function properly. This category only includes cookies that ensures basic functionalities and security features of the website. These cookies do not store any personal information.
Non-necessary
Any cookies that may not be particularly necessary for the website to function and is used specifically to collect user personal data via analytics, ads, other embedded contents are termed as non-necessary cookies. It is mandatory to procure user consent prior to running these cookies on your website.
SAVE & ACCEPT